The Protomartyrs of Rome: Remembering Our Firsts 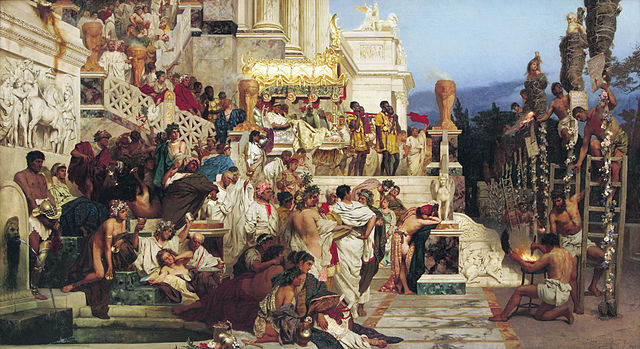 This Saturday, June 30, is the Optional Memorial of the First Martyrs of the Church of Rome. This is a relatively newer feast, created in the 1969 reform of the General Roman Calendar. Vatican II called for a reform of the General Calendar; Sacrosanctum Concilium (1963) is the document that detailed the reasons:

The saints have been traditionally honored in the Church, and their authentic relics and images held in veneration. For the feasts of the saints proclaim the wonderful works of Christ in his servants and offer to the faithful fitting examples for their imitation.

Lest the feasts of the saints should take precedence over the feasts which commemorate the very mysteries of salvation, many of them should be left to be celebrated by a particular Church, or nation, or family of religious. Only those should be extended to the universal Church which commemorate saints who are truly of universal importance (SC, 111).

All the data for all the saints was examined critically. The reformers used certain principles to guide the reform:

One area of particular examination was the ancient Roman martyrs, “whose existence and to the cult of whom the Depositio martyrum (354), the Sacramentaries and other medieval sources testify” (Ibid.). In all, fifteen saints of Rome remained on the Calendar, with the addition of this new feast for the First Martyrs of Rome, honoring those killed by Nero in the year 64 AD. Twenty-seven martyrs were removed from the original 1960 General Calendar, due to lack of historical data. These saints are still recognized as saints with the same assigned feast days, but they aren’t celebrated universally. The feasts were moved to Proper Calendars to be celebrated in local places or patronages. The revised calendar can therefore be seen as a true Roman calendar, faithful to Roman tradition, but relevant to modern man.

The Original Martyrs of Rome 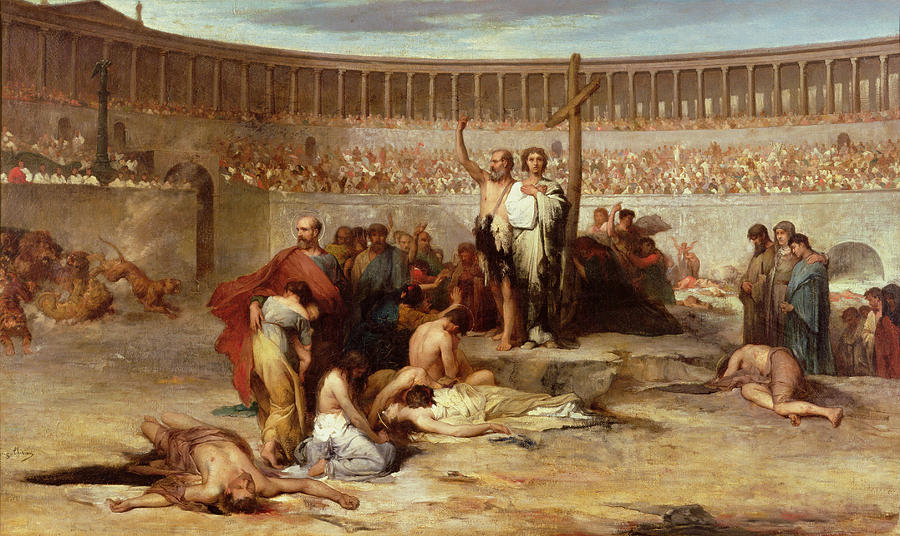 The new optional memorial was added to June 30, the day after the Solemnity of Saints Peter and Paul. It honors the First Martyrs of the Church of Rome, persecuted and killed by the Emperor Nero. It makes sense to connect these two feasts, because Peter and Paul were also killed in the same year under Nero.

Nero’s persecution was connected with the Great Fire of Rome which began on July 18 in 64 AD, lasting six days and seven nights, destroying almost three-quarters of the city of Rome. Many Roman citizens believed Nero to have been at fault, so the Emperor used Christians as the scapegoats to blame the destruction. These were nameless Christian men, women and children from all professions and walks of life who were brutally tormented and killed. The pagan historian Tacitus and St. Clement of Rome describe August 15, 64 AD as a night of horror with the various tortures and killings. Christians were put into animal skins and hunted by dogs and killed in the imperial parks. Others were nailed to crosses, covered with tar and made into living torches at night to light the road for Nero’s chariot. The total number is unknown, but estimates are in upper hundreds to a couple thousand. The persecution continued over a some time, not just this one night. It is these martyrs that are honored as the First or Protomartyrs of Rome.

It is a human tendency to want to remember and honor “firsts.” There are the childhood milestones—remembering a child’s first word, first tooth, first steps. There are national or political milestones—first to sail around the world, first to swim across the English Channel, first American President, first manned powered flight, first man on the moon, etc. We particularly keep records in sports—teams in first place, first place winners of races, firsts in achievements, such as most home runs, most touchdowns, most goal saves, etc.

The Church in particular points out the original, or “proto-” of the saints. The Church’s protomartyr is St. Stephen, deacon, whose death is detailed in the Acts of the Apostles. St. Thecla is considered the protomartyr of the female martyrs although she was miraculously spared from dying three times. The First Roman martyrs are the protomartyrs of Rome, the first of many martyrs during persecutions in Rome and the Roman Empire. Although there was some Jewish persecution recorded in the Acts of the Apostles (St. James being the first Apostle who died), I would venture to label Nero’s persecution as the prototype or “proto-persecution” of Christians. Nero’s persecution was the original, setting a pattern for the bloody persecutions that would follow for many centuries. And these protomartyrs set the example on how to love Christ above all, even in enduring intense suffering and giving their life for Christ. They responded to God’s graces to help them triumph in this greatest trial of their lives.

Tertullian wrote, “The blood of the martyrs is the seed of the Church” (Apologeticus, Chapter 50). We don’t know the names or faces of these Protomartyrs from the earliest times of the Church but they are the crowned martyrs that paved our way and built the foundations for our Church today. It is a blessing to have this memorial that we can especially honor and thank these first martyrs and ask for their intercession.