Contemplating Good Friday and the Annunciation 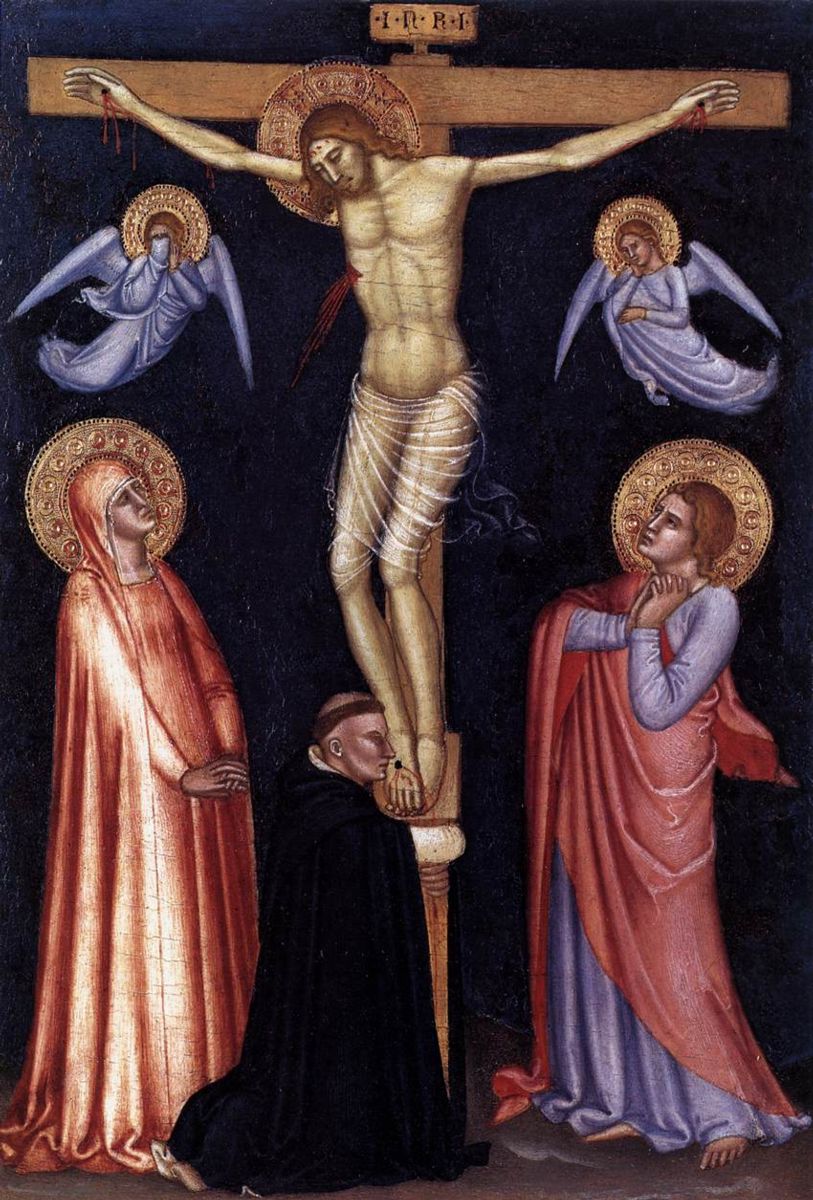 Today the world recalls the passion and death of Jesus. There is sadness and mourning in the air. This year our family has decided to spend the three hours from noon to 3 at church, attending the Seven Last Words and then Stations of the Cross, and then the Celebration of the Lord’s Passion. My sons, ages 12 and 8, feel up to the challenge.

As we enter in the final moments of Jesus’ life, I thought I’d share a little thought about this day.

Day of Incarnation and Death

Good Friday for 2016 falls on March 25, the same date as the Solemnity of the Annunciation. The Church recognizes the importance of both of these feasts and so transfers the Annunciation to the first day after the Octave of Easter on April 4 to give the solemnity the full honor it deserves.

It is a rarity for these two to fall on the same day. Since 1700, these feasts have shared the same day only twelve times, and the last time this century they share the same date. It is held as a revered tradition of the Irish and advocated by various patriarchs, theologians and historians that the Incarnation and the Crucifixion happened on the same calendar day, March 25.

It was my twelve-year old son to first point out to me at the beginning of Lent that Good Friday fell on the date of the Annunciation. Even he recognized how special it is for the two of the greatest events of our faith, the Incarnation and death of our Lord to fall on the same day.

And pondering the mysteries together reminded me of my favorite parts from The Life of Christ by Fulton J. Sheen:

...[E]very other person who ever came into this world came into it to live. [Jesus] came into it to die. Death was a stumbling block to Socrates—it interrupted his teaching. But to Christ, death was the goal and fulfillment of His life, the gold that He was seeking. Few of His words or actions are intelligible without reference to His Cross. He presented Himself as a Savior rather than merely as a Teacher. It meant nothing to teach me to be good unless He also gave them the power to be good, after rescuing them from the frustration of guilt.

The story of every human life begins with birth and ends with death. In the Person of Christ, however, it was His death that was first and His life that was last. The Scripture describes Him as “the Lamb slain as it were, from the beginning of the world.” He was slain in intention by the first sin and rebellion against God. It was not so much that His birth cast a shadow on His Life and thus led to His death; it was rather that the Cross was first, and cast its shadow back to His birth. His has been the only life in the world that was ever lived backward. As the flower in the crannied wall tells the poet of nature, and as the atom is the miniature of the solar system, so too, His birth tells the mystery of the gibbet. He went from the known to the known, from the reason of His coming manifested by His name “Jesus” or “Savior” to the fulfillment of His coming, namely, His death on the Cross.

Having these pivotal moments of Christ’s life on the same day reveals how intertwined they are. Jesus came into this world to die. His End was seen at the beginning, but His death or end is actually a new beginning. Tomorrow night at the Easter Vigil we will hear the words: the Beginning and the End...the Alpha and the Omega.... Do they point to Good Friday and the Annunciation, also? Such richness to ponder!