Monday of the Twenty-Seventh Week in Ordinary Time 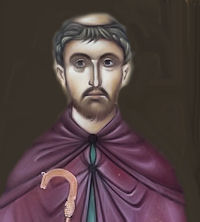 Twenty-Seventh Week in Ordinary Time: Almighty ever-living God, who in the abundance of your kindness surpass the merits and the desires of those who entreat you, pour out your mercy upon us to pardon what conscience dreads and to give what prayer does not dare to ask. Through our Lord Jesus Christ, your Son, who lives and reigns with you in the unity of the Holy Spirit, God, for ever and ever.

—St. Gerard of Brogne (895-959) who was born in the county of Namur. He trained for the army, as a page of the count of Namur he was sent on a special mission to the French court. He stayed in France and joined the Benedictines of St. Denis. After some eleven years he was ordained priest, and left for Belgium in order to found a new abbey on his own estate of Brogne. He was its abbot for twenty-two years and during that period was instrumental in introducing St. Benedict's Rule into numerous houses in Flanders, Lorraine and Champagne. He was noted for his engaging sweetness of temper.—St. Peter, Bishop of Alexandria, who was beheaded on November 25, 311, during Maximinus Daia's persecution. He was a great bishop, famous for wisdom and holiness; "a model of charity and zeal, severe towards himself, merciful to sinners, a divine model of the Christian teacher," says Eusebius.—recently canonized (2006) St. Theodore Guerin (1798-1856). She was born in France, joined the Sisters of Providence in 1823, taking the name Sister Saint Theodore. She was sent with five other sisters as missionaries to Indiana, USA in 1840. They established the Academy of Saint Mary-of-the-Woods, the first Catholic women‘s liberal-arts college in the United States. Her work continued in Indiana and Illinois, establishing schools and orphanages and pharmacies, and a motherhouse for the Sisters of Providence. She died in 1856. 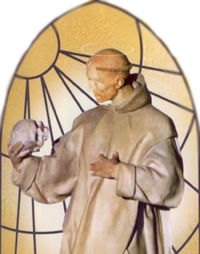 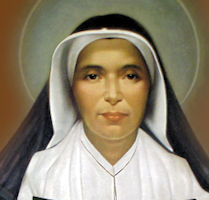 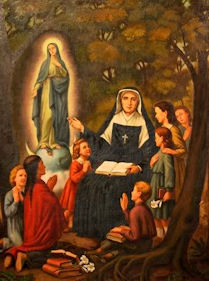