Friday of the Tenth Week of Ordinary Time 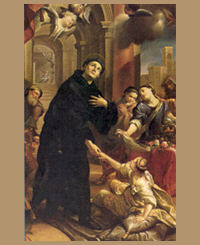 O God, from whom all good things come, grant that we, who call on you in our need, may at your prompting discern what is right, and by your guidance do it. Through our Lord Jesus Christ, your Son, who lives and reigns with you in the unity of the Holy Spirit, God, for ever and ever. for ever and ever.

According to the 1962 Missal of Pope St. John XXIII the Extraordinary Form of the Roman Rite, today is the feast of St. John of San Facondo born in 1430 in Spain. He was a canon of the cathedral of Burgos and then entered the Hermits of St. Augustine. He was distinguished for his great devotion to the sacrifice of the Mass and for his forceful preaching. He died in 1479.

Today is also the commemoration of Sts. Basilides, Cyrinus, Nabor and Nazarius. These four martyrs have been venerated together at Rome from very early in the Church's history. 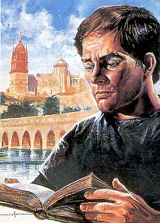