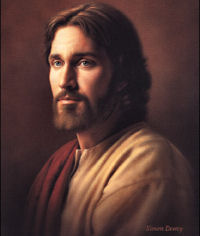 Almighty ever-living God, you constantly accomplish the Paschal Mystery within us, that those you were pleased to make new in Holy Baptism may, under your protective care, bear much fruit and come to the joys of life eternal. Through our Lord Jesus Christ, your Son, who lives and reigns with you in the unity of the Holy Spirit, God, for ever and ever.

Jesus said to his disciples: "Do not let your hearts be troubled. Trust in God still, and trust in me. There are many rooms in my Father's house; if there were not, I should have told you. I am going now to prepare a place for you, and after I have gone and prepared you a place, I shall return to take you with me; so that where I am you may be too."

The feast of St. Matthias, which is ordinarily celebrated today, is superseded by the Sunday liturgy.Click here for commentary on the readings in the Extraordinary Form of the Roman Rite.

Sunday Readings
The first reading is taken from the Acts of the Apostles 6:1-7 and continues the description of the missionary preaching and missionary activity of Paul and Barnabas. For those who follow the reign of God as inaugurated in Christ, these apostles can promise nothing for sure but trials and hardships. And yet, the paradox of suffering and yet being joyful in the Holy Spirit is here expressed as it was in the ending of the readings from Acts last week. — A Celebrants Guide to the New Sacramentary - A Cycle by Kevin W. Irwin

The second reading is from the first Letter of St. Peter 2:4-9 in which he reminds the new converts to Christianity, that they must be holy, for they are the living stones out of which the new spiritual temple of God is formed. The cornerstone, the base and binding force of this temple, is the risen Christ. . Because of Him, and through Him, they are able to offer sacrifices which are acceptable to God.The Gospel is from St. John 14:1-12. We may well wonder at the slowness of the Apostles in seeing in Christ nothing more than a man—a great man, a man with power from God, yes, but still a mere man. That He was the Messiah, they were convinced, but their idea of the Messiah was wrong. They thought He would free Israel from foreign domination (Lk. 24 21), and set up a new kingdom of God—a prosperous, earthly kingdom with God guaranteeing peace and plenty for all. If, therefore, He allowed His enemies to put Him to death, all their hopes would be dashed to the ground. Hence, the mention of His impending death at the Last Supper filled them with dismay and despair.But we must not judge them too harshly. Christ had indeed often claimed to be God, but His words fell on deaf ears. It was only after His resurrection that they began to understand that He had spoken literally—it was only then they believed He was indeed the Son of God, in human nature.For us today, the Incarnation is still a mystery, but it is not the "how" that should trouble us, we know that with God all things are possible. It is rather the "why" that should cause us amazement. Why should God go to that length for our sake-mere creatures, and sinful, ungrateful creatures at that? The infinite goodness and the infinite love of God are the answer, but still an answer which is mysterious to us. For we, with our limited capacity for love, can form no idea of infinite love.God created us "in His own image and likeness" (a very limited likeness, granted) and intended, because of the spiritual faculties He gave us, which enable us to see and enjoy truth and beauty, to give us a share in His eternal life and glory. To do this, the Incarnation of the second Person of the Holy Trinity was God's plan. There must have been other ways of doing this, but God, we can be sure, chose the best way. Even with our limited intelligence, we ourselves can see what a perfect way this was for proving to us the infinite love, goodness and compassion of our Creator.Sin entered the world of man, as God had foreseen, but notwithstanding this ingratitude on our part, God's Son came in our lowly, human nature and suffered, even though sinless, all the effects of men's sins. He suffered in our name, and because He was God, His sufferings in His human nature made infinite atonement for the sins of all mankind.His Incarnation had made us His brothers and' co-heirs to heaven. His death on the cross wiped out, and gave us the means of wiping out, our sins, so that we would be capable of possessing our inheritance.Knowing the story of the Incarnation therefore, we know of the love and kindness of God toward us. We need not ask, with Philip, "show us the Father," we have seen Him in His riches and wisdom and knowledge of God! "How unsearchable are His judgments and how inscrutable are His ways!" (Rom. 11 :33)."What return can I make to the Lord?" All the mortifications and good works of all the holy men and women that ever lived, or will live, would not be adequate a return to God for the miracle of love He has shown toward us. But He accepts the widow's mite, the little acts of love, the little proofs of gratitude, the willing acceptance of the crosses He sends us, to purify us. In one word, all He asks in return is that we try to live our Christian life day after day, ever thanking Him for the gift of Christ and the Christian faith. Excerpted from The Sunday Readings by Fr. Kevin O'Sullivan, O.F.M.

Commentary for the Readings in the Extraordinary Form:
Fourth Sunday after Easter

The Sunday of Justice, interior and social! The Holy Spirit descends upon us with His seven Gifts at our Confirmation (symbolized by the Dove). He puts before us the imitation of Christ's sinless example, since "the prince of this world" had tried to confuse and even destroy the correct ideas of right and wrong. Hence we may now sing "a new canticle," because God "hath revealed His justice" (Introit).The Epistle and Offertory extol the gifts of interior "justice;" the Prayer, evidently referring to social "justice," makes us realize that only God can "make (all) of one will."How do we react in thought and action to this twofold standard of "justice" revealed in the Life of Christ and taught us by the "Spirit of truth"— Excerpted from My Sunday Missal, Confraternity of the Precious Blood
Find us on Social Media.