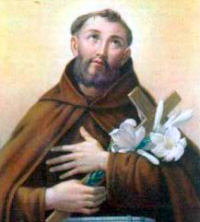 While not celebrated in English-speaking countries, St. Benedict Menni's feast is celebrated in Italy. He was canonized on November 21, 1999, by Pope John Paul II. His work stands as an example of total recognition of the presence of Jesus in the persons of the sick. He pioneered treatment of the whole person and brought a new dimension of humanity to the care of the mentally ill. 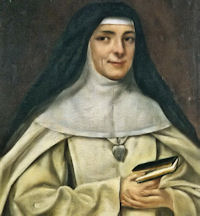 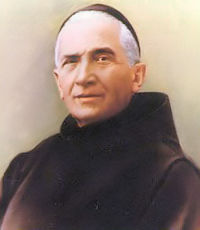 Saint Benedict Menni was one exception, being an ordained priest in Rome on October 14, 1860. In those years, the Spanish branch of the Hospitallers Order died away as a consequence of some Masonic laws issued in Portugal in 1834 and in Spain in 1835. Saint Benedict was sent to Barcelona on April 6, 1867, to restore the Hospitaller Order in these countries. After a long struggle, oftentimes risky, he was not only able to gather many vocations - almost a thousand from 1867 to 1903 - but also founded in Spain, Portugal and Mexico, 22 hospitals for every kind of sickness, especially for mental patients and handicapped children. Those conditions were the most neglected by the public health care at that time. He also founded a female branch of the Order, the Hospitaller Sisters of the Sacred Heart of Jesus. Today, the Sisters are present in 20 countries with almost 80 communities. What is amazing in the life work of Saint Menni is the number and complexity of the undertakings he faced; but, even more so for their validity, tested for more than a century. The secret lies in his true, heroic detachment by which he always considered himself a docile instrument in the hands of God, without giving room for his personal ambitions or human plans. His feast day is April 24, the day he died in Dinan, France, in 1914. © The Hospitaller Foundation of California, Inc. Things to Do: