Historically today is the feast of Sts. Basilissa and Anastasia, two noble women who were disciples of the apostles Sts. Peter and Paul at Rome, and were beheaded by order of Nero, as the Roman and Greek Martyrologies testify. 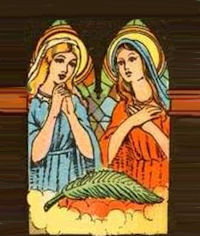 When Emperor Nero persecuted the Christians and gave them over to torture and execution, Ss. Basilissa and Anastasia took the bodies of the holy apostles and gave them a reverent burial. Rumors of this reached Nero, and he ordered that Ss. Basilissa and Anastasia be locked up in the prison. The women were subjected to cruel tortures: were scourged with whips, had their skin scraped with hooks, and were burned with fire. However, the holy martyrs remained unyielding, and bravely confessed their faith in Christ the Savior.By Nero’s command, they were beheaded with the sword in 68.—Excerpted from Orthodox Church in America (www.oca.org) 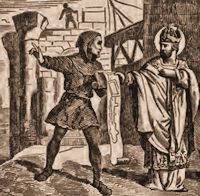 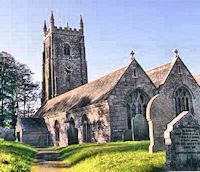 In his old age he was consecrated Bishop of Avranches by Germanus, Bishop of Rouen. Some false brethren having created a division of opinion among the bishops of the province with respect to St. Paternus, he preferred retiring rather than to afford any ground for dissension, and, after governing his diocese for thirteen years, he withdrew to a solitude in France, and there ended his days about the year 550.—Excerpted from Lives of the Saints, by Alban Butler, Benziger Bros. ed. [1894]