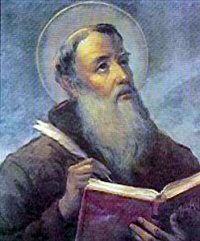 Lord, for the glory of your name and the salvation of souls you gave Lawrence of Brindisi courage and right judgment. By his prayers help us to know what we should do and give us the courage to do it. We ask this through our Lord Jesus Christ, your Son, who lives and reigns with you and the Holy Spirit, one God, forever and ever. Amen. 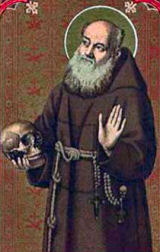 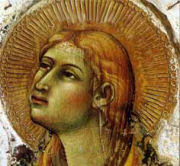 Praxedes, it is said, was the sister of St. Pudentiana; she was devoted to the practice of works of mercy, particularly towards martyrs, during the reign of Emperor Antoninus (138-161). "Some she kept in hiding in her house, others she encouraged to profess the faith heroically, and the dead she buried. To those languishing in prison she brought needed assistance. When she no longer could endure the sight of the cruel oppression to which Christians were subjected, she implored the Lord to take her from this vale of tears if such were His holy will. It was. On July 21 the Lord called and gave her heaven as the reward for her piety and love of neighbor. Her body was placed in the catacomb of Priscilla in the tomb of her father Pudens and her sister Pudentiana". Excerpted from The Church's Year of Grace, Pius ParschPatron: Single laywomen.Symbols: Sponge and cup or basin; two open purses; bunch of leaves or herbs.Things to Do:
Stay in Touch!
Subscribe to Insights...free!
News, analysis & spirituality by email, twice-weekly from CatholicCulture.org.