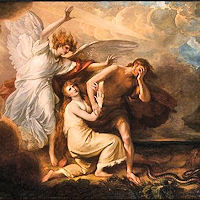 All-powerful God, increase our strength of will for doing good that Christ may find an eager welcome at his coming and call us to his side in the kingdom of heaven where he lives and reigns with you and the Holy Spirit, one God, for ever and ever. Amen.

"That day, the branch of the Lord shall be beauty and glory, and the fruit of the earth shall be the pride and adornment of Israel's survivors."

Before the reform of the General Roman Calendar today was the feast of St. Saturninus, a Roman martyr of the Diocletian persecution in about the year 303. He was a native of Carthage. 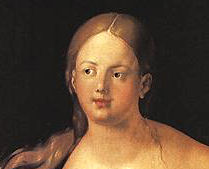 The excellence of Adam and Eve's natural endowments. It is a deplorable error to extol as supernatural, perfections and powers that are entirely natural for us, even essential or integral to every human being. This includes our reason which is essential to our human nature, that without it no being can be really human. So also our spiritual will, with its power of loving things immaterial and purely spiritual, and its desire for the infinite and eternal, even with a longing that cannot find its perfect satisfaction except in the knowledge and love of Him who is for us our first Beginning and our last End. All this is so entirely natural for man, that a human soul is inconceivable without such spirituality and immortality.The preciousness of Adam and Eve's preternatural gifts.God not only gave Adam and Eve dominion over the whole world, but He actually brought human nature in them to an extraordinary degree of perfection, such as would assure both to themselves and to their offspring, for all the time of their life in paradise, freedom from every fear of sickness and death, and from all sorrow and all worrying care and every annoying disorder. And without passing through the gateway of death, they would in God's own time be assumed by Him into their eternal home, the true paradise of their destiny.The wonders of Adam and Eve's supernatural destiny and state.God created our first parents into an inexpressibly high and strictly supernatural and divine, order. He created them for the final perfection and eternal happiness of living in close association with Himself as His very children, in the face-to-face vision of Himself as He is in Himself, and in a most intimate communing with Him and a filial sharing in the wealth and sweetness of the bliss of the Most Holy Trinity. In the first moment of their existence, by the infusion of His sanctifying grace, God adopted them as His very children. 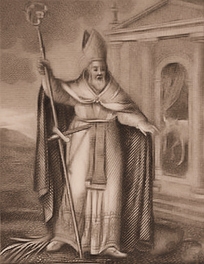 Saturninus went from Rome, by direction of Pope Fabian, about the year 245, to preach the faith in Gaul. He fixed his episcopal see at Toulouse, and thus became the first Christian bishop of that city. There were but few Christians in the place. However, their number grew fast after the coming of the Saint; and his power was felt by the spirits of evil, who received the worship of the heathen. His power was felt the more because he had to pass daily through the capitol, the high place of the heathen worship, on the way to his own church. One day a great multitude was gathered by an alter, where a bull stood ready for the sacrifice. A man in the crowd pointed out Saturninus, who was passing by, and the people would have forced him to idolatry; but the holy bishop answered: "I know but on God, and to Him I will offer the sacrifice of praise. How can I fear gods who, as you say, are afraid of me?" On this he was fastened to the bull, which was driven down the capitol. The brains of the Saint were scattered on the steps. His mangled body was taken up and buried by two devout women.

Excerpted from Butler's Lives of the SaintsSymbols: Bishop dragged by a bull; bishop with a bull at his feet.
Stay in Touch!
Subscribe to Insights...free!
News, analysis & spirituality by email, twice-weekly from CatholicCulture.org.