“I spit on your evil!” (or) The joy of rational discussion

The last few days have been amusing, as I’ve fielded comments on my review of Taylor Marshall’s book. For example: 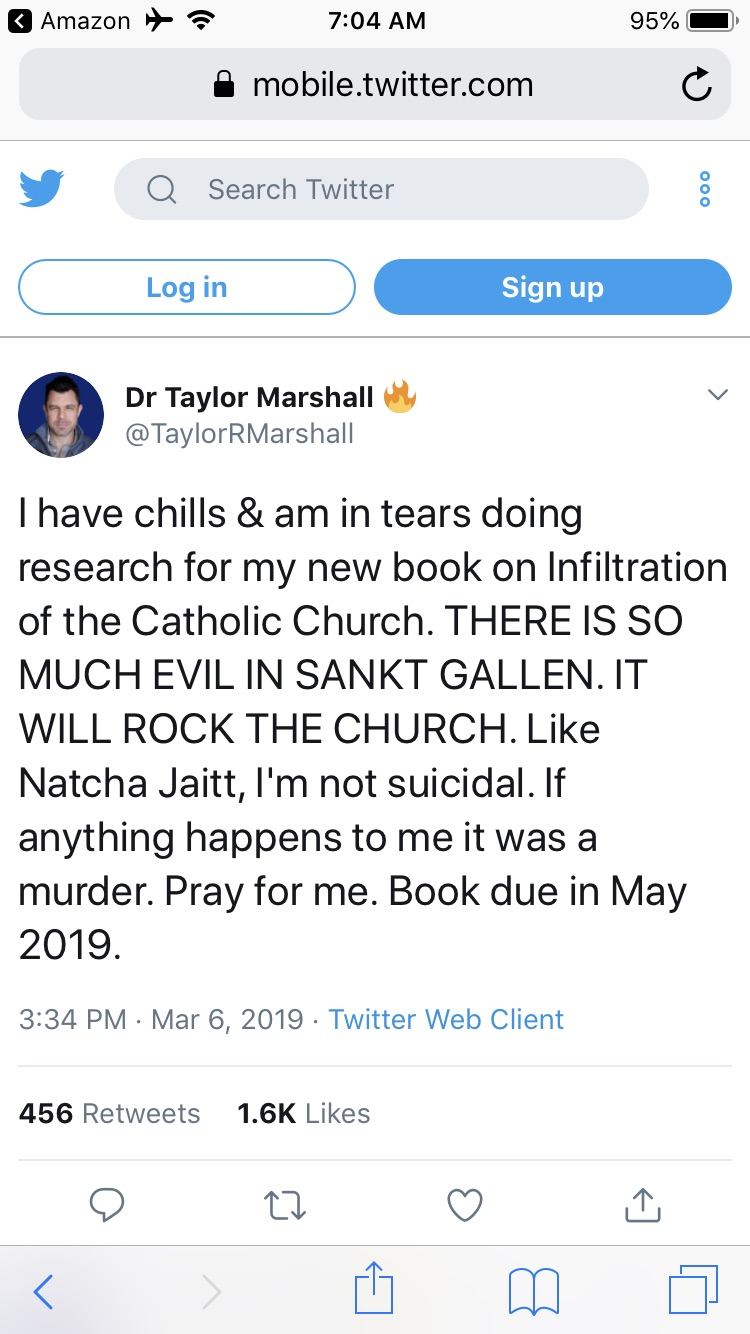 Well sure. When the evidential bar is low, anything you want can be alleged as a proof of anything you choose to believe. Thank you, correspondents, for illustrating my case.

On the other hand, the crazies are not limited to Marshall’s end of the spectrum, and I do not mean to imply that they are. I also received the following in response to my Insights message on Friday, which I had entitled “Francis speaks unwisely, again”:

You are no better than Judas Iscariot & his treachery of Jesus; my only question is who is paying you 30 pieces of silver for Pope Francis’ life? Et tu Judas? Secondly, the USCCB & Catholic media is disgusting in its obvious & sycophant far right adoration of the Republican Party…. It is overtly biased animal excrement such as yours that propels me to vote Democrat!!!...Shame on you for using the name of the Trinity for your own politically corrupt purposes. Shame on you, just shame on you!

To paraphrase Kermit the Frog, it’s not easy being sane.