Action Alert!
Catholic Culture NEEDS your help!: $27,273 left to match to win a $60K grant. Deadline is Pentecost, June 5th—we are critically behind! 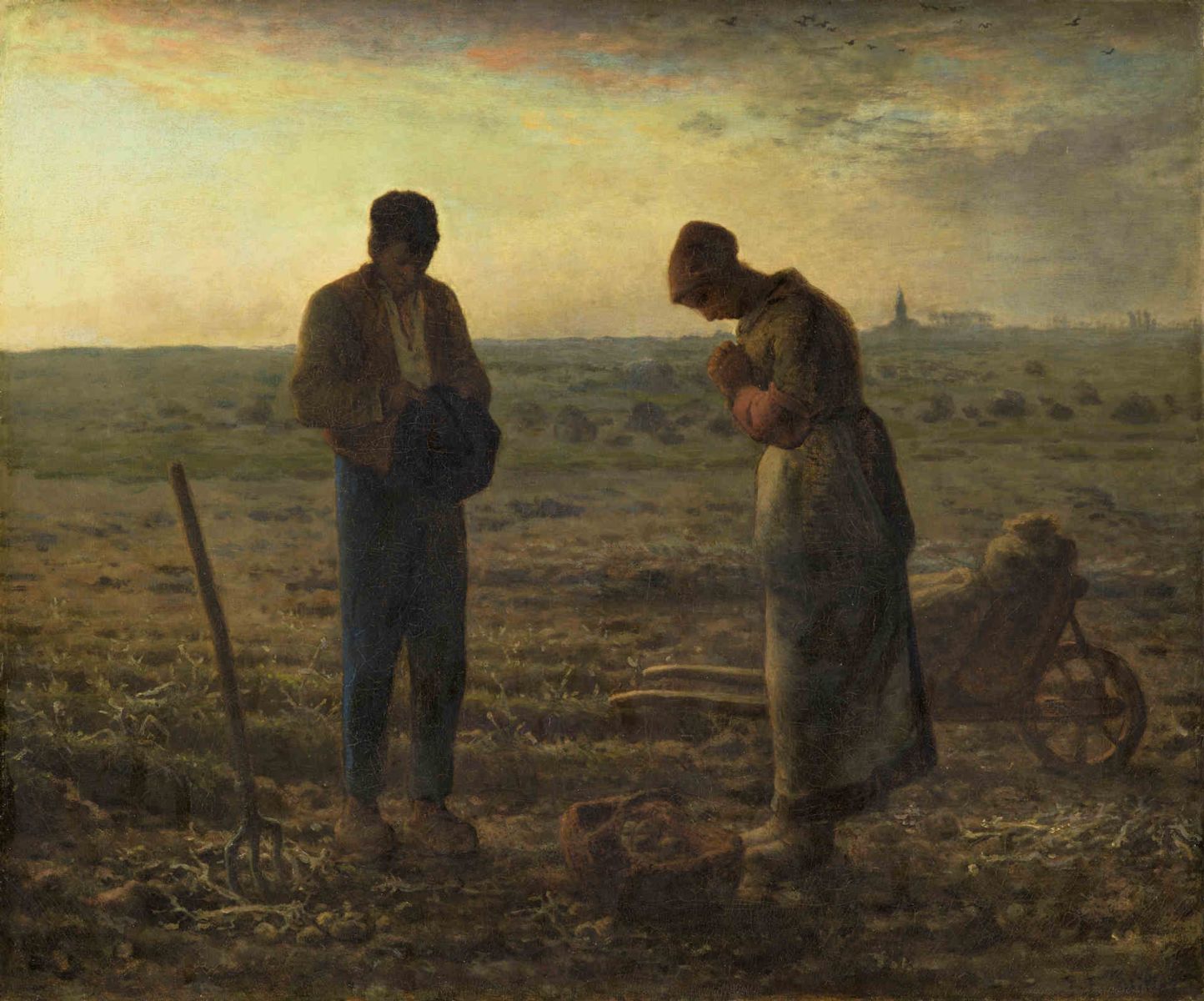 “The Angelus” is one of the most famous devotional paintings of the nineteenth century, portraying two peasants bowing in a field as they pray the Angelus, presumably in response to the tolling of the evening bell from the church shown against the horizon. There is something attractive in its reverent simplicity that still tugs at the hearts and souls of those who have long since forgotten how to pause for prayer. Yet this method of practicing the presence of God was natural to rural communities, which marked their time with God by the tolling of the bells.

The history of the painting is interesting, especially as it might have been painted originally as a mother and father saying burial prayers over a child’s casket, later to be repainted as the famous work we have today. It was commissioned by an American art collector, Thomas Gold Appleton, and completed in 1857 as “Prayer over the Potato Crop”. But when Appleton failed to take possession in 1859, the artist made changes, including the addition of the steeple in the distance, and renamed the work “The Angelus”. In any case, it was not unusual for artists to repurpose their canvases, especially when materials were in short supply.

The painter was a Frenchman from Normandy, Jean-François Millet (1814-1875), who was a master of peasant scenes, for which he became justly famous. Another of his well-known paintings is “The Gleaners”. Millet was influenced by the Church through his early education under the guidance of two priests before he had to begin helping his father in the fields. But at the age of eighteen, his father was able to send him to art school, where he began to develop his native talent.

Millet married in 1841 but his wife died of consumption within two years. By 1845 he was living with another woman, whom he finally married in a civil ceremony in 1853. They stayed together until his death twenty-two years later, and had nine children. Great artists often possess an insight into reality which outstrips their religious commitment, but there was clearly significant stability in Millet’s life. In capturing what we might call the eternal peasant in each of us—child of God and tiller of earth—Millet may have painted more truly than he knew.

Note: Here is the text of The Angelus prayer (along with the Regina Coeli) in English and Latin.