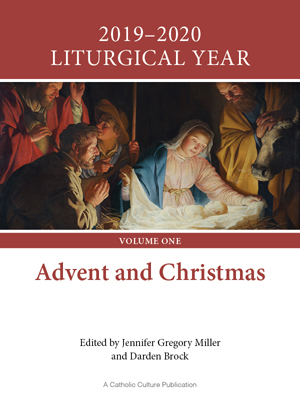 This first volume of the 2019-2020 Liturgical Year series covers all the days of Advent and Christmas, providing a rich set of resources for families to use in living the liturgical year in the domestic church, that is, in their own families. Resources include biographies of the saints to match each feast day, histories of the various celebrations and devotions, descriptions of customs from around the world, prayers, activities and recipes.