Ancient Easter songs, radiant in their simplicity, were the main source of inspiration for popular hymns of later times.

As early as the second century, the priest Melito of Sardes (Asia Minor) praised the Resurrection:

Trembling for joy cries all creation;
What is this mystery, so great and new?
The Lord has risen from among the dead,
And Death itself He crushed with valiant foot.
Behold the cruel tyrant bound and chained,
And man made free by Him who rose!

From the fourth century date the magnificent Latin hymns of Easter praise (praeconium paschale) which used to be sung at the lighting of the Easter candle. The Exultet, still sung in all Catholic churches during the liturgy of the Easter vigil, is a later formulation of such an ancient hymn. Its origin is unknown, although it has often been ascribed to Saint Jerome or to Saint Augustine. Here are a few lines:

This is the Night,
Which throughout the world
Frees all who believe in Christ
From the vices of their time-shackled existence,
From the lightless dungeon of sin,
And restores them to grace: unites them to holiness.

This is the Night
In which Christ broke the chains of death
And rose in radiant victory
From the pit of Hades.

Another fourth-century poem is the Latin hymn of Saint Ambrose, expressing the "paradox of faith" as seen in the death and Resurrection of Christ:

O mystery great and glorious,
That mortal flesh should conquer death,
And all our human pains and wounds
The Lord should heal by bearing them.

Behold how man, though crushed by death,
Now does arise and live with Christ,
While death, repelled and robbed of might,
Dies from its own malignant sting.

Early Christian hymns with similar thoughts were written by Saint Gregory of Nazianz and Bishop Synesios of Cyrene (about 414). Another hymn ascribed to Saint Ambrose is now used in the Lauds of Low Sunday: Claro paschali gaudio. An English translation may be found in the Protestant Episcopal hymnal of the United States ("That Easter Day with Joy Was Bright").

Venantius Fortunatus wrote (about 580) a Latin hymn, Salve festa dies (Hail, Festive Day!) which was later translated into various languages and became a popular Easter song. The first English translation is mentioned in a letter of Archbishop Cranmer to King Henry VIII, in 1544.

An ancient hymn now recited at Vespers during Easter time is the poem Ad regias Agni dapes (The Royal Banquet of the Lamb). The present version, based on the text of a sixth- or seventh-century unknown author, was rearranged for the breviary under Pope Urban VIII (1644).

Saint John Damascene (eighth century) wrote a number of beautiful Greek poems in honor of the Resurrection, some of which are now used in the liturgical services of the Greek Church, and have been translated into English and become popular Easter hymns:

"Thou Hallowed Chosen Morn of Praise" (Aute he klete kai hagia hemera). It is sung in the Greek liturgy during Easter night. A free English translation was published by John M. Neale in 1862; the tune for the English text is taken from a German melody composed by Johann H. Schein in 1628.

"Sing All Nations" (Aidomen pantes laoi). An English adaptation ("Come Ye Faithful, Raise the Strain of Triumphant Gladness") was published by Neale in 1859. The tune was adopted from a German song by Johann Horn, printed in Nurnberg in 1544.

"The Day of Resurrection" (Anastaseos Hemera) is sung in its original Greek text at the midnight service of the Greek Church, when the faithful light their candles before going to Communion. A free translation into English was written by Neale. It is sung to the tune of an old German Madonna hymn (Ave Maria, klarer und lichter Morgenstern) which appeared in 1784.[55]

From a German interpolation between the lines of the Easter sequence (Victimae Paschali) originated the famous hymn "Christus ist erstanden." (Christ Is Risen) which is sung to a tune dating from the year 1531. This ancient song is still the most popular Easter hymn in both Catholic and Protestant churches in Germany. It is intoned by the priest and sung by the people at the solemn service of Resurrection (Auferstehungsfeier) on Holy Saturday night. An English text was written by Isaac Watts (1748).

Many beautiful Easter songs date from the later Middle Ages. A true carol is the Latin poem Alleluia! O filii and filiae (Alleluia, O Sons and Daughters), written by the Franciscan Jean Tisserand (1494) and first published in Paris in 1525. The earliest English translation (Young Men and Maids, Rejoice and Sing) appeared 1748 in a Catholic manual in London. The tune, composed by an unknown musician, was written in Paris, 1623.

Another carol is the German song Wir wollen alle frohlich sein (Let Us All Be Glad), which appeared in a song book (Christlichs Gesangbuchlein) in 1568. Geoffry Shaw wrote an English text (Now Glad of Heart Be Every One).

Inspired by Wipo's Victimae Paschali, Martin Luther (1546) wrote a dramatic Easter hymn which became a favorite church song among the German Lutherans and later in may other Protestant congregations:

It was a strange and wondrous war,
When death and Life did battle.
With royal might did Life prevail,
Made death His knave and chattle.
The sacred Book foretold it all:
How death by death should come to fall.
Now death is laughed to scorn.

In a songbook for students published by the Jesuit Fathers at Cologne in 1695 appeared a Latin Easter hymn (Finita sunt jam proelia) that has become a favorite in many countries. An English text was written by Francis Pott in 1861. The modern tune was adapted from Palestrina's Magnificat Tertii Toni by William H. Mock in 1861.

The strife is over, the battle done,
The victory of life is won,
The sung of triumph has begun: Alleluia.

There are many fine German chorales widely used in Lutheran as well as other Protestant churches. They number several hundred, and among them are some inspiring Easter hymns. The best arrangements of these chorales are found in the works of Johann Sebastian Bach.

Finally, there is a wealth of newer hymns, written in the past few centuries. Charles Wesley (1788) gave us various Easter songs; here are the first and last stanzas of his best-known hymn:

Soar we now where Christ has led,
Following our exalted Head;
Made like Him, like Him we rise;
Ours the cross, the grave, the skies!

Another well-known Easter song is "The World Itself" by John M. Neale (1866). It first appeared in his book "Carols for Eastertide," in 1854:

The Episcopal Dean Howard Chandler Robbins wrote an "Easter Carol for Children" in 1929 (The Sabbath Day Was By) that has become a popular hymn among Protestant congregations in the United States. Another recent carol is the poem "O Who Shall Roll Away the Stone?" written by Reverend Marion F. Ham, a Unitarian minister. The text was first published in the Boston Transcript, in April 1936, and the tune composed by the American organist and choirmaster T. Tertius Noble in 1941.

Of liturgical texts set to music, the best known are the Gradual for Easter, Haec Dies quam fecit Dominus (This Is the Day Which the Lord Has Made). This text both in the original Latin or in translations has been set to music by several composers and sung in churches of all Christian denominations. This is also true of the Offertory in the Easter Sunday Mass, Terra tremuit (The Earth Trembled).

In Catholic churches the Regina Coeli Laetare (Queen of Heaven, Rejoice) is prescribed as antiphon of the Blessed Virgin for Easter time. The text is a fourteenth-century Latin poem, and is sung both in Gregorian chant and various musical settings all through the Easter season. Another hymn often used in Catholic churches is Regina Coeli Jubila (Queen of Heaven, Rejoice). This Latin poem appeared first in 1600; the author is unknown.

Among the great oratorios that glorify the Resurrection of Christ, the earliest is Antonio Scandello's Auferstehungsgeschichte (Story of the Resurrection), composed about 1560. It was first performed in the Royal Court Chapel at Dresden.

The latter part of Handel's Messiah deals with the Easter story. Every year at its performance thousands are inspired by "I Know that My Redeemer Liveth," and by the "Hallelujah Chorus," during which all audiences traditionally rise from their seats.

Charles Gounod's Redemption is another source of familiar Easter music. This work, once very popular, is now rarely performed, though in many churches Easter Day would not be complete without the resounding chorus "Unfold Ye Portals." Similar passages of Easter music are found in the famous choral works of Cesar Franck (Redemption) and A. R. Gaul (The Holy City).

Of purely instrumental works inspired by the Resurrection, the elaborate overture "Bright Holiday" or "Russian Easter" by Nicholas A. Rimsky Korsakoff (1908) is most widely known. Based on themes from "Obichod," a collection of canticles of the Orthodox Church, it presents a vivid picture of the Russian Easter Day celebration.

The "Resurrection Symphony" of Gustav Mahler (1911), while not inspired by the Gospel narrative itself, nevertheless owes it existence to Mahler's contemplation of death and resurrection as a prelude to a new and purified life.

Of the innumerable shorter works, whether choral or instrumental, special mention should be made of Johann Sebastian Bach's several cantatas on Easter texts. There are, of course, also countless short organ pieces inspired by the Resurrection.

Finally, here are a few of the countless popular Easter songs as they exist among all nations.

A Spanish Easter hymn of great power is the song Jesucristo, Rey Glorioso, from Ecuador: 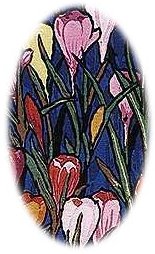 Jesus Christ, the King of glory,
Lord of goodness, love and light,
Victor over death and evil,
Rose in majesty and might. Alleluia.

As the Saints in Heaven praise Him
With their joyful Easter song,
So on earth, you faithful servants,
Honor Him with heart and tongue. Alleluia.

The Chinese Christians have many beautiful native hymns. An example is the music of an alleluia series, which is attached to the Chinese text of Psalm 112 ("Praise, O servants of the Lord, praise the name of the Lord").[56]

An Easter hymn in honor of the glorified body of the Risen Lord is this ancient Tyrolese song (Ist das der Leib, Herr Jesu Christ):

Is this thy body, risen Christ,
Which lay in death, all pale and torn?
O Christians come, both young and old,
To see the Lord on Easter morn!
Alleluia, alleluia.

From now through all eternity
This body shines in radiant glow,
More splendid than the noonday-sun:
It will remain forever so.
Alleluia, alleluia.

Thy glory, Christ, I cannot bear,
It is too great for eyes like mine;
No one on earth can live and see
The splendor of the Lord divine.
Alleluia, Alleluia.

The Lithuanians sing at Easter the traditional hymn Linksma diena mums prasvito (The Joyful Day Has Dawned for Us):

A jubilant note of Easter joy pervades the music of the traditional Portuguese hymn A Terra treme (The Earth Trembled):[57]

An earthquake shook the rocky tomb,
The guards in terror fled.
But Magdalen, in pious haste,
Approaches unafraid.
In love she seeks the Master dear,
Does neither guards nor earthquake fear.
Alleluia, alleluia.

Johann Wolfgang Goethe (1832) indicates in the Osterlied of his famous poem Faust, with classic brevity and clarity of expression, the basic motif of all popular Easter songs:

Christ is arisen:
Joy to all mortals
Freed from the threatening
Creeping and deadening
Serpents of evil.