Saturday of the Fourth Week in Ordinary Time 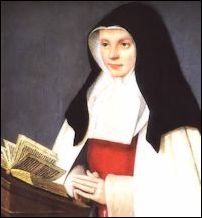 Fourth Week in Ordinary Time: Grant us, Lord our God, that we may honor you with all our mind, and love everyone in truth of heart. Through our Lord Jesus Christ, your Son, who lives and reigns with you in the unity of the Holy Spirit, God, for ever and ever.

Save us, O Lord our God! And gather us from the nations, to give thanks to your holy name, and make it our glory to praise you.

Alleluia Verse for Saturday of the Fourth Week in Ordinary Time, Jn 10:27:

Let your face shine on your servant. Save me in your merciful love, O Lord, let me never be put to shame, for I call on you.

The Roman Martyrology commemorates St. Jane (or Joan) de Valois (1464-1505), Queen of France, foundress of the Order of the Most Holy Annunciation of the Blessed Virgin Mary, renowned for her piety and special participation in the sufferings of the Cross. She was canonized by Pope Pius XII.

Live in expectancy. Await the coming of Jesus so that He may enrich us! We are like Simeon who implored the Lord unceasingly to come. When Mary and Joseph reached the temple one morning, carrying the Child Jesus, the saintly old man recognized in them, through interior inspiration, the parents of the Redeemer. They were simply dressed and they had come like all the others to make their purification offering. Taking the Child from their arms, Simeon raised Him to heaven, and he said the "Nunc dimittis..." "Now, Master, you can let your servant go in peace...!" Simon shows us the way of preparing for the coming of the Messiah. He lived a God-fearing life, certain that before his death he would see the salvation of Israel. Jesus will come and the priest, elevating the Host, will say: "Behold the Lamb of God who takes away the sins of the world." And we, raising our eyes to gaze on Him whom we have expected, will respond: "This is the awaited One, the Lord, the rich One, the Master, the Light!" Let us keep ourselves in these dispositions of suppliant expectancy.

—Excerpted from Saint and Thought for Every Day by Rev. James Alberione, SSP

St. Jane de Valois
Born of the blood royal of France, herself a queen, Jane of Valois led a life remarkable for its humiliations even in the annals of the Saints. Her father, Louis XI., who had hoped for a son to succeed him, banished Jane from his palace, and, it is said, even attempted her life. At the age of five, the neglected child offered her whole heart to God and yearned to do some special service in honor of His blessed Mother. 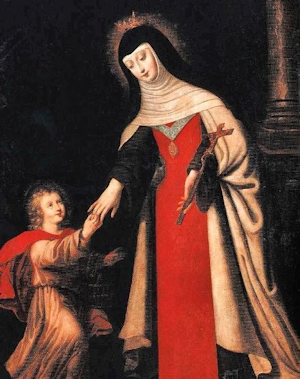 At the king's wish, though against her own inclination, she was married to the Duke of Orleans. Towards an indifferent and unworthy husband, her conduct was ever most patient and dutiful. Her prayers and tears saved him from a traitor's death and shortened the captivity that his rebellion had merited. Still, nothing could win a heart that was already given to another. When her husband ascended the throne as Louis XII, his first act was to repudiate by false representations one who through twenty-two years of cruel neglect had been his true and loyal wife.At the final sentence of separation, the saintly queen exclaimed, "God be praised Who has allowed this, that I may serve Him better than I have heretofore done." Retiring to Bourges, she there realized her long-formed desire of founding the Order of the Annunciation, in honor of the Mother of God.Under the guidance of St. Francis of Paula, the director of her childhood, St. Jane was enabled to overcome the serious obstacles even good people raised against the foundation of her new Order. In 1501 the rule of the Annunciation was finally approved by Alexander VI. The chief aim of the institute was to imitate the ten virtues practiced by Our Lady in the mystery of the Incarnation, the superioress being called "Ancelle," handmaid, in honor of Mary's humility. St. Jane built and endowed the first convent of the Order in 1502.She died in heroic sanctity, in 1505, and was buried in the royal crown and purple, beneath which lay the habit of her Order.—Excerpted from Lives of the Saints, by Alban Butler, Benziger Bros. ed. [1894] Patronage: Order of the Annunciation of the Blessed Virgin MarySymbols and Representation: crowned Annunciation abbess; Annunciation abbess with a cross and rosary; Annunciation abbess holding the hand of the Christ-child who is himself holding a basket; Annunciation abbess with a basket of bread and cup of wine; with Blessed Gabriel Mary; having a ring placed on her finger by the Christ-child; Highlights and Things to Do: