Feast of the Chair of St. Peter, Apostle 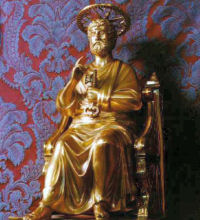 This feast of the Chair of St. Peter brings to mind the mission of teacher and pastor conferred by Christ on Peter, and continued in an unbroken line down to the present Pope. We celebrate the unity of the Church, founded upon the Apostle, and renew our assent to the Magisterium of the Roman Pontiff, extended both to truths which are solemnly defined ex cathedra, and to all the acts of the ordinary Magisterium.

The feast of the Chair of Saint Peter at Rome has been celebrated from the early days of the Christian era on 18 January, in commemoration of the day when Saint Peter held his first service in Rome. The feast of the Chair of Saint Peter at Antioch, commemorating his foundation of the See of Antioch, has also been long celebrated at Rome, on 22 February. At each place a chair (cathedra) was venerated which the Apostle had used while presiding at Mass. One of the chairs is referred to about 600 by an Abbot Johannes who had been commissioned by Pope Gregory the Great to collect in oil from the lamps which burned at the graves of the Roman martyrs. —New Catholic Dictionary 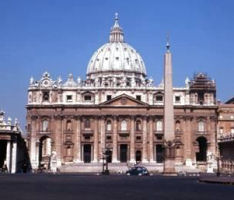