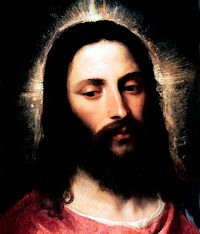 Today is the feast of St. Junipero Serra (USA) and St. Oliver Plunket which is superseded by the Sunday Liturgy.Click here for commentary on the readings in the Extraordinary Form of the Roman Rite.

"I have compassion on the crowd." Some of us may "have (had to) come from a distance" in our wanderings from God. But this sentiment of His Heart, so Divine, so human, inspires our plea to "save" us from eternal hunger in "the pit" of hell (Introit).At Baptism we were reborn to a new life, to be "dead to sin, but alive to God" (Epistle). Daily with Christ we must die to sin and evil. Daily with Him we must rise to God and good works. Daily we would "faint on the way," famished with hunger, crying out: "How will anyone be able to satisfy (us in (the) desert" of life(Gospel)?At the altar of sacrifice God will not allow the hopes of anyone to be "in vain" (Secret). Only at the altar will our instinctive hunger for God be really "filled" (Postcommunion).Excerpted from My Sunday Missal, Confraternity of the Precious Blood
Find us on Social Media.