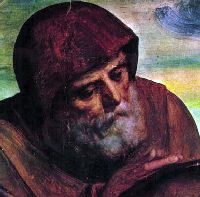 O God, exaltation of the lowly, who raised Saint Francis of Paola to the glory of your Saints, grant, we pray, that by his merits and example we may happily attain the rewards promised to the humble. Through our Lord Jesus Christ, your Son, who lives and reigns with you in the unity of the Holy Spirit, God, for ever and ever. 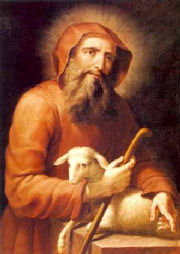 The saint worked numerous miracles. He had a favorite ejaculation, one that welled up from the depths of his physical and spiritual being: "Out of love." This was an all-powerful ejaculation for him and for his companions. "Out of love" the heaviest stone was light; "Out of love" he admonished and punished; "Out of love" he once crossed the sea without a boat.For on a certain occasion the saint wanted to go from the Italian mainland to Sicily. A boat was lying in the harbor. Francis asked the owner if he would take him and his companion along on the boat. "If you pay, monk," the sailor answered sulkily, "I will take you along." "Out of love," the saint humbly pleaded; "for I have no money with me." "Then I have no ship for you," came the mocking reply. "Out of love," was Francis' answer, "forgive me if I go away." He walked about a stone's throw to the shore, knelt down, and blessed the sea. Then, to the sailor's great surprise, the saint suddenly stood up, stepped out on the tossing waves, and with firm foot trod over the surging sea.St. Francis of Paola stood high in the esteem of the French king, Louis XI, whom he helped prepare for death. — The Church's Year of Grace, Pius ParschPatron: Against fire; boatmen; Calabria, Italy (named by Pope John XXIII in 1963); mariners; naval officers; plague epidemics; sailors; sterility; travellers; watermen.Symbols: Man with the word "charitas" levitated above a crowd; man holding a skull and scourge; man sailing on his cloak.Things to Do:

The Station at Rome is in the church of St. Apollinaris, who was a disciple of St. Peter, and afterwards bishop of Ravenna. He was martyred. The church was founded in the early Middle Ages, probably in the 7th century. In 1990, the basilica came under the control of Opus Dei.