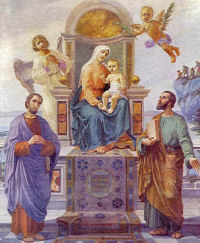 Lord, we honor the memory of Sts. Cosmas and Damian. Accept our grateful praise for raising them to eternal glory and for giving us your fatherly care. We ask this through our Lord Jesus Christ, your Son, who lives and reigns with you and the Holy Spirit, God, for ever and ever. Amen.

The only thing we know about Sts. Cosmas and Damian is that they suffered martyrdom in Syria during the Roman persecution of Diocletian, around 303 A.D. Tradition says they were twin brothers and medical doctors, and have been honored since the 6th century. These brothers never charged a fee for their medical services. Their names are in the Roman Canon of the Mass. This feast is highly celebrated in Italian communities. 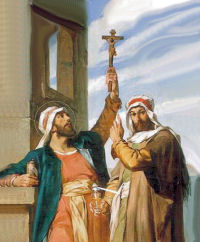