Action Alert!
CLOSING IN: 10 days left and only $23,364 away from winning a $60K Challenge Grant! We are over halfway there—please help now!

Catholic Activity: Why Fasting and Abstinence? 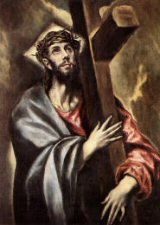 The regulations of Lenten fasting and abstinence were once quite strict. Neither meat nor animal products (such as dairy and eggs) were to be eaten throughout the forty days, and only one meal per day was allowed. The restrictions were for every day of Lent, except Sundays, which were a day to relax from fasting.

We are required by Church law to observe the prescribed days of fasting and abstinence according to the fifth precept of the Church. Today, the regulations are not as prohibitive. In 1966, Pope Paul VI issued his Apostolic Constitution on Penance, Pænitemini, which states:

The time of Lent preserves its penitential character. The days of penitence to be observed under obligation throughout the Church are all Fridays and Ash Wednesday, that is to say the first days of "Grande Quaresima" (Great Lent), according to the diversity of the rite. Their substantial observance binds gravely.

[A]bstinence and fasting are to be observed on Ash Wednesday or, according to local practice, on the first day of 'Great Lent' and on Good Friday.

1. The law of abstinence forbids the use of meat, but not of eggs, the products of milk or condiments made of animal fat.

2. The law of fasting allows only one full meal a day, but does not prohibit taking some food in the morning and evening, observing—as far as quantity and quality are concerned—approved local custom.

The United States Bishops issued their document On Penance and Abstinence the same year to give the US Catholics spiritual guidelines in implementing the directives in Pænitemini:

Wherefore, we ask, urgently and prayerfully, that we, as people of God, make of the entire Lenten season a period of special penitential observance. Following the instructions of the Holy See, we declare that the obligation both to fast and to abstain from meat, an obligation observed under a more strict formality by our fathers in the faith, still binds on Ash Wednesday and Good Friday. No Catholic Christian will lightly excuse himself from so hallowed an obligation on the Wednesday which solemnly opens the Lenten season and on Friday called "Good" because on that day Christ suffered in the flesh and died for our sins.

In keeping with the letter and spirit of Pope Paul's constitution Pænitemini, we preserve for our dioceses the tradition of abstinence from meat on each of the Fridays of Lent, confident that no Catholic Christian will lightly hold himself excused from this penitential practice.

The US Bishops not only reinforce the fasting and abstinence guidelines, they give recommendations on how to continue this spirit of Lent throughout the 40 days: 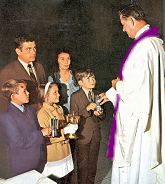 For all other weekdays of Lent, we strongly recommend participation in daily Mass and a self-imposed observance of fasting. In the light of grave human needs which weigh on the Christian conscience in all seasons, we urge particularly during Lent, generosity to local, national, and world programs of sharing of all things needed to translate our duty to penance into a means of implementing the right of the poor to their part in our abundance. We also recommend spiritual studies, beginning with the Scriptures as well as the traditional Lenten devotions (sermons, Stations of the Cross, and the Rosary) and all the self-denial summed up in the Christian concept of "mortification."

Let us witness to our love and imitation of Christ, by special solicitude for the sick, the poor, the underprivileged, the imprisoned, the bed-ridden, the discouraged, the stranger, the lonely, and persons of other color, nationalities of background other than our own. A catalogue of not merely suggested but required good works under these headings is provided by Our Blessed Lord himself in his description of the Last Judgment (cf. Mt 25:34-40). This salutary word of the Lord is necessary for all the year, but should be heeded with double care during Lent.