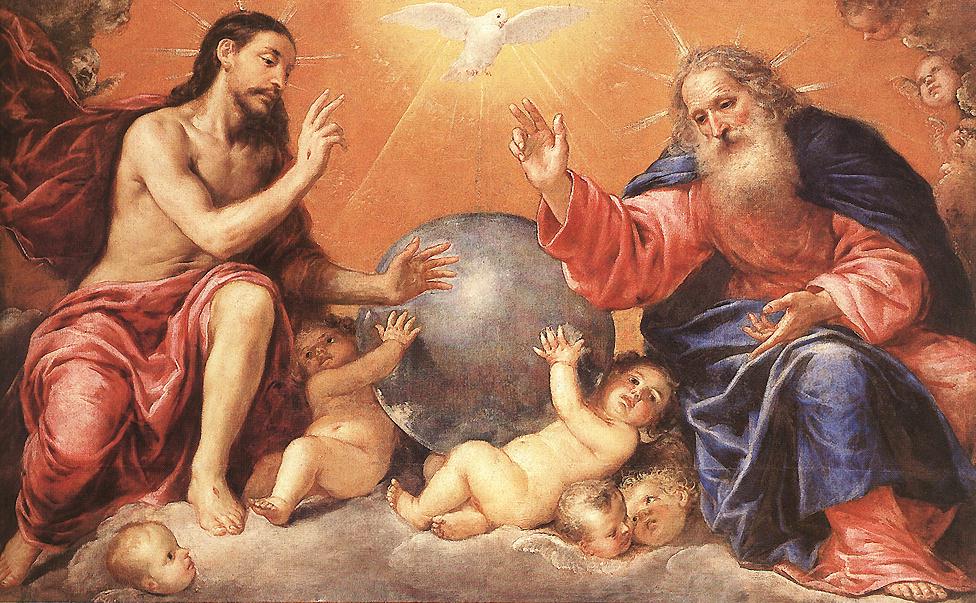 Reposting this from the 2015 archives to celebrate the feast of the Trinity:

As the Liturgical Year returns to the “Season of the Year” or “Ordinary Time,” the pattern does not fall completely into place. The first few Sundays are special solemnities of Our Lord, so there will not be the green vestments and a numbered Sunday but white vestments and the highest celebration. This Sunday is the Solemnity of the Most Holy Trinity, falling on what would be the 11th Sunday in Ordinary Time.

As the Catechism of the Catholic Church explains,

The mystery of the Most Holy Trinity is the central mystery of Christian faith and life. It is the mystery of God in himself. It is therefore the source of all the other mysteries of faith, the light that enlightens them. It is the most fundamental and essential teaching in the “hierarchy of the truths of faith”. The whole history of salvation is identical with the history of the way and the means by which the one true God, Father, Son and Holy Spirit, reveals himself to men “and reconciles and unites with himself those who turn away from sin” (CCC, 234).

Although this mystery can never be fully understand by man, we must believe as the fundamental doctrine of our faith that there is only one God in Whom there are three divine Persons, God the Father, God the Son, and God the Holy Spirit. All three Persons is true God; there is only one God, not three gods, He is eternal, almighty, omniscient and incomprehensible.

The Middle Ages saw a rise in celebration of a group of feasts known as “idea-feasts” or “feasts of devotion.”

Feasts of devotion are those which celebrate not an actual mystery of salvation, but some aspect of a mystery, or a title by which our Lord or the Blessed Virgin Mary, or some saint is invoked. ‘These feasts have, since the Middle Ages, been introduced by private devotion into the public worship of the Church.’2 The following stages can almost always be observed when a private devotion has been approved by legitimate authority, at once the region or the religious family in which the devotion originated petitions that it be marked by a liturgical feast in the diocese or religious family; finally, the Supreme Pontiff, in response to many petitions, extends the feast to the universal Church. In recent times (that is, from the seventeenth century onwards) many feasts of devotion were transferred from particular calendars to the general calendar (Calendarium Romanum, quoted and translated in The Saints in Season, by Austin Flannery, O.P.).

Over time these feasts multiplied and diversified and began to obscure the main purpose of the Liturgical Year, which is to re-present Christ’s Paschal Mystery through the dominant Temporal Cycle. Different calendar reforms reduced the feasts, but the 1969 General Calendar Reform radically simplified the calendar to bring the main focus back to the Paschal Mystery. (For more on the Temporal Cycle and the solemnities, see Understanding Our Family’s High Feasts). There are four movable solemnities that fall during Ordinary Time, also known as “Solemnities of the Lord during the Season of the Year”: 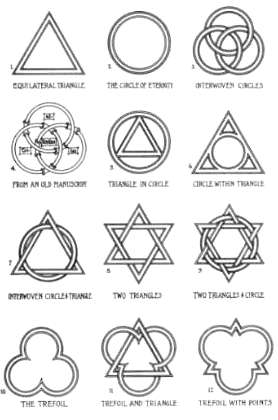 Devotion to the Trinity arose quickly in response to various heresies and controversies that began in the fourth and fifth centuries. Two popes (Alexander II and III) believed there shouldn’t be a dedicated feast since all the Faith and liturgy is Trinitarian. However the devotion continued to spread and by 1334, Pope John XXII declared it a feast on the universal calendar. The timing of the feast immediately after Pentecost is to recall when the doctrine of the Trinity was first proclaimed to the world, or seen as

...a grateful look back at the now completed mystery of salvation, which, according to early theology, is accomplished by the Father through the Son in the Holy Spirit (Adam, The Liturgical Year, p.168).

The Mystery of the Trinity

The doctrine of the Trinity separates Christianity from all other religions, and it is foundational to the Catholic Faith, as the Catechism elaborates:

232 Christians are baptized “in the name of the Father and of the Son and of the Holy Spirit”53 Before receiving the sacrament, they respond to a three-part question when asked to confess the Father, the Son and the Spirit: “I do.” “The faith of all Christians rests on the Trinity.”54

234 The mystery of the Most Holy Trinity is the central mystery of Christian faith and life. It is the mystery of God in himself. It is therefore the source of all the other mysteries of faith, the light that enlightens them. It is the most fundamental and essential teaching in the “hierarchy of the truths of faith”.56 The whole history of salvation is identical with the history of the way and the means by which the one true God, Father, Son and Holy Spirit, reveals himself to men “and reconciles and unites with himself those who turn away from sin”57((Catechism of the Catholic Church). 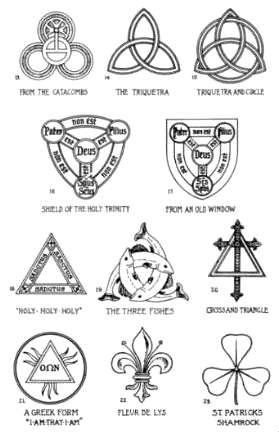 Although the Trinity is invoked every day of the year in the Liturgy, this feast can be an opportunity to praise the Holy Trinity and discuss the mystery of faith further within the family.

So often “mystery” is seen as a negative connotation, seen as something unsaid or undefined, or something we humans cannot know. It is true our human minds can never fully grasp the entirety of the doctrine, but the mystery is knowing just enough to want to know and seek more. A mystery of faith should be a magnet that draws us farther and inspires us to delve deeper in our quest to know, love and serve God.

Here are some little ways to bring the Trinity home this week:

Prayer: Remembering the Sign of the Cross and the Glory Be are two of the first prayers we learn that give glory and mention to the Blessed Trinity. Traditionally in the liturgy the Athanasian Creed has been prayed at Mass on Trinity Sunday and other days during the Time after Pentecost; in some places the Creed is still prayed on Trinity Sunday. This could be the prayer to recite together before dinner.

This another feast that we can recall our baptism, since in the name of the Trinity we become children of God and members of the Church.

Symbols at Mealtime: Remembering the various symbols of the Trinity, such as the circle, the equilateral triangle, trefoil, triquetra, and fleur-de-lys can be used as visual reminders, including in the meals.

Different recipes or food can be the inspiration for family discussion about the Trinity:

Decorations: The images of Trinitarian symbols (from the book Church Symbolism by F.R. Webber, 1938) can be the inspiration to create a centerpiece or mobile to hang above the dinner table (my favorites are the shield of the Trinity and Holy, Holy, Holy).

Celebrating the Solemnity of the Holy Trinity is a way to ease a bit into Ordinary Time after a season of being “overcome with paschal joy.” Because we are so familiar with the prayers and referral to the three persons of the Trinity, this feast is a reminder to take time to dwell on the mystery of the Trinity.