The Calling of Saint Matthew 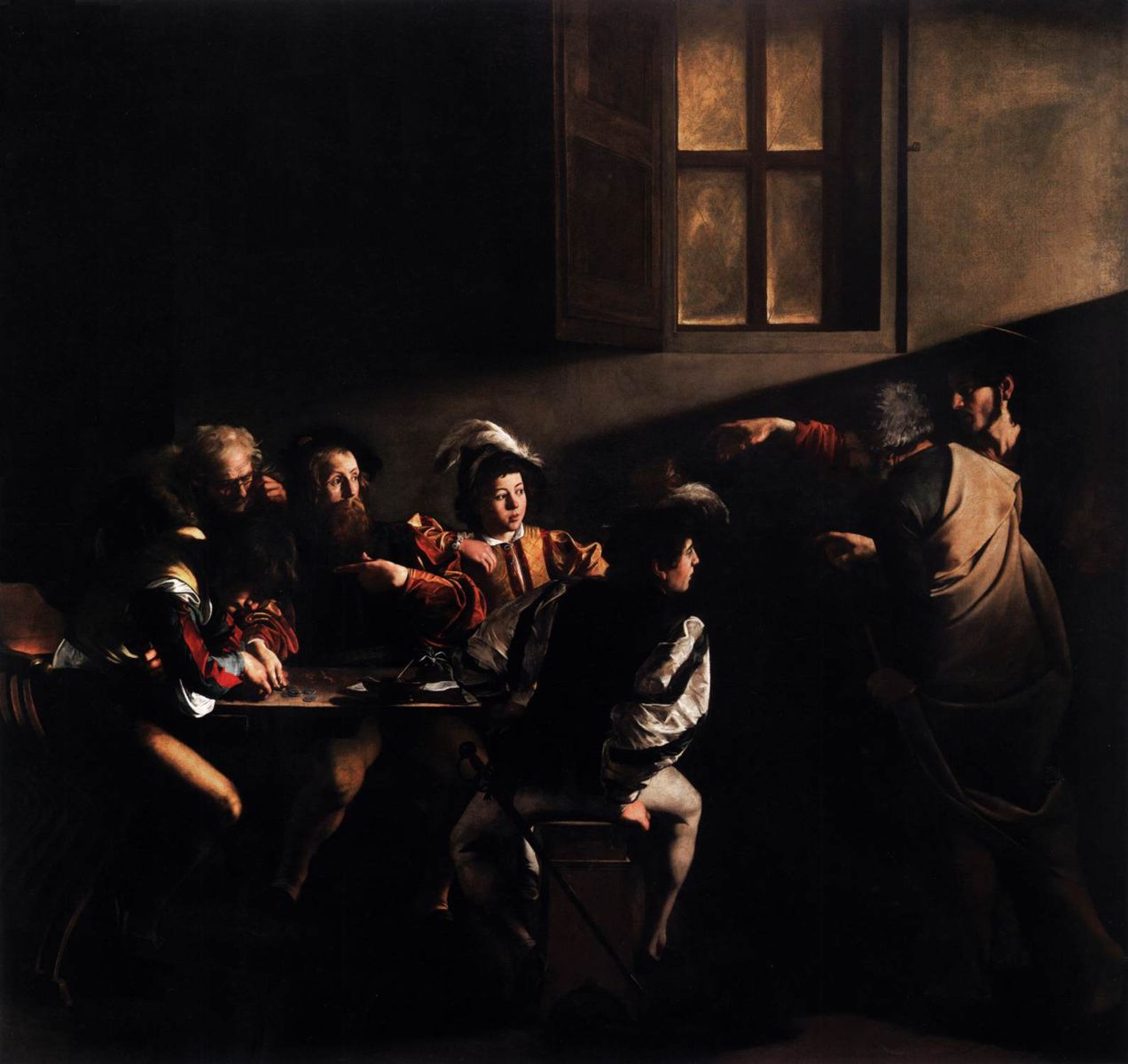 When living liturgically, I look for patterns. I look at the front of the new monthly Magnificat to see if there are solemnities and feasts and feast days of favorite saints for the upcoming month. September has no solemnities, but has a whopping four feasts: Transfiguration, Nativity of Mary, St. Matthew, and the Archangels.

And today, the Feast of St. Matthew, Apostle and Evangelist on September 21, is one of those higher feasts of September. It falls right around the Fall Equinox. St. Matthew is patron of accountants, and since my husband is a CPA, this is one of his patron saints. St. Matthew is one of our family saints.

I usually aim to write before the actual feast day, but I can’t let this day pass without a few thoughts. Our oldest son’s birthday falls the next day, so it seems every year poor St. Matthew gets lost in my drafts folder because I’m working on the next family celebration. It’s time to clear out my draft.

We know so little about St. Matthew. He falls in high honor in the Church as being both an Apostle and Evangelist. We have a glimpse of him being called by Jesus, and he leaves everything behind and follows Jesus. Caravaggio’s image of the Calling of Saint Matthew provides such a rich glimpse into this scene.

Here is a man who is considered belonging to one of the lowest rungs of Jewish society, and probably Roman society, too. He is collecting taxes from his own people and giving it to the despised Romans, who are occupying his own country. He pays himself—the Romans know he will “uncharge” and take off the top for his own payment—before he gives the “rightful” tax amounts to the Romans. It’s no wonder he was unpopular.

I have to think there were stirrings in his heart before Jesus called him. Was he feeling unsatisfied? Felt like this was unfulfilling? Was he unhappy?

I always have thought how amazing it was that he would drop everything and go, just as the fishermen dropped their nets and followed Jesus. But today I also thought about how perhaps the longing and uncertainty was in his heart. St. Matthew was already ready to go, but he didn’t know where. And he didn’t know if anyone would accept him. If he was a “sinner,” how could he make a change?

I can’t help think how special and affirming this moment was for St. Matthew—Jesus wanted HIM! All he needed was that special, personal call to know this was just for him, and Matthew was ready to respond.

How often we sit on the fence about a decision, unsure to make the big change! I can think of many occasions if someone had just called me out and said “You should do this!” or “I want you!” it would have helped speed up my decision and action process.

We are all called, and called by name, and asked to follow Jesus. There are multiple calls—to follow Him in faith, in my vocation, in apostolate, in my work, etc. I need to remember that although Jesus won’t show up at my doorstep in person, He is calling me. I just need to be ready and listen attentively for that call.