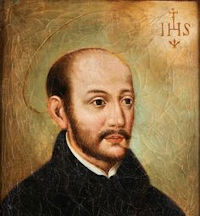 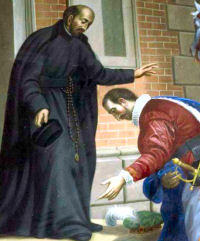 As viscount and duke at the palace of Emperor Charles V, Francis stood in high honor. The sudden death of the beautiful Empress Isabella (May 1, 1539) and the sight of her disfigured face as her body was taken to Granada made him resolve to leave the world and serve the King of kings alone. After the death of his wife (1546), he entered the Society of Jesus with the holy resolve of leading a hidden life and of closing the door forever to all earthly honors. His example of humility exercised an influence upon Charles V when he considered renouncing the throne. Devoted to labor and severe mortification, Francis held himself in such little esteem that he called himself the "poor sinner." In 1565 he became General of the Order. He died at Rome.Excerpted from The Church's Year of Grace, Pius ParschPatron: Against earthquakes; Portugal; Rota; Marianas.Symbols: Skull crowned with an emperor's diadem.Things to Do: