Action Alert!
Catholic Culture NEEDS your help!: $37,916 left to match to win a $60K grant. Deadline is Pentecost, June 5th—we are critically behind!

Tuesday of the Twenty Second Week of Ordinary Time 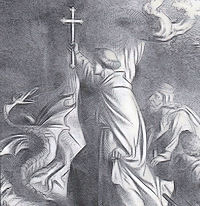 Almighty God, every good thing comes from you. Fill our hearts with love for you, increase our faith, and by your constant care protect the good you have given us. We ask this through our Lord Jesus Christ, your Son, who lives and reigns with you and the Holy Spirit, God, for ever and ever. Amen.