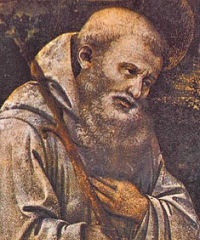 Father, through St. Romuald you renewed the life of solitude and prayer in your Church. By our self-denial as we follow Christ bring us the joy of heaven. We ask this through our Lord Jesus Christ, your Son, who lives and reigns with you and the Holy Spirit, God, for ever and ever. Amen.

According to the 1962 Missal of Bl. John XXIII the Extraordinary Form of the Roman Rite, today is the feast of St. Juliana of Falconieri who was born in Florence in 1270. She was about fifteen when, at the end of 1284, St. Philip Benizi, General of the Servite Order, received her among the Mantellatae, the female branch of the Order. She had a great devotion to the Holy Eucharist and practiced to a rare degree the Servite devotion to the Sorrows of our Lady. She died in Florence in 1341. Today is also the commemoration of Sts. Gervase and Protase who were martyred at Milan in the second century. St. Ambrose discovered their bodies in 386. They rest now, with the body of St. Ambrose himself on the altar of the crypt of St. Ambrose church at Milan. They are invoked in the Litany of the Saints. 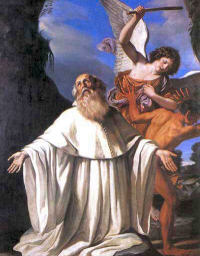 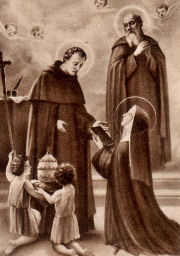 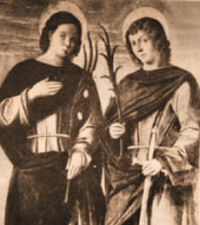