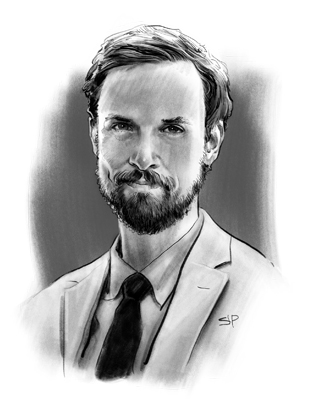 James Majewski is the Director of Customer Relations for CatholicCulture.org, taking charge of user suport, social media outreach, and fundraising.

The host and the “voice” of Catholic Culture Audiobooks as well as co-host of Criteria: The Catholic Film Podcast, James is an accomplished actor with appearances around the United States and in Europe. While in Los Angeles he collaborated with the international, interdisciplinary artist group Dream Walker.

In 2019 he performed in the premiere production of Here Comes the Tide, There Goes the Girl at the Edinburgh Fringe Festival. He has also engaged in artistic residencies in both Poland and France.

Originally from the Washington, DC metropolitan area, James was an Artistic Associate with the DC-based Brave Spirits Theatre, with whom he performed in the first professional production of the Jacobean revenge tragedy, The Bloody Banquet, in nearly 400 years.

James’ acting career can be followed more completely at https://www.jamestmajewski.com.

View everything by James T. Majewski
Find us on Social Media.